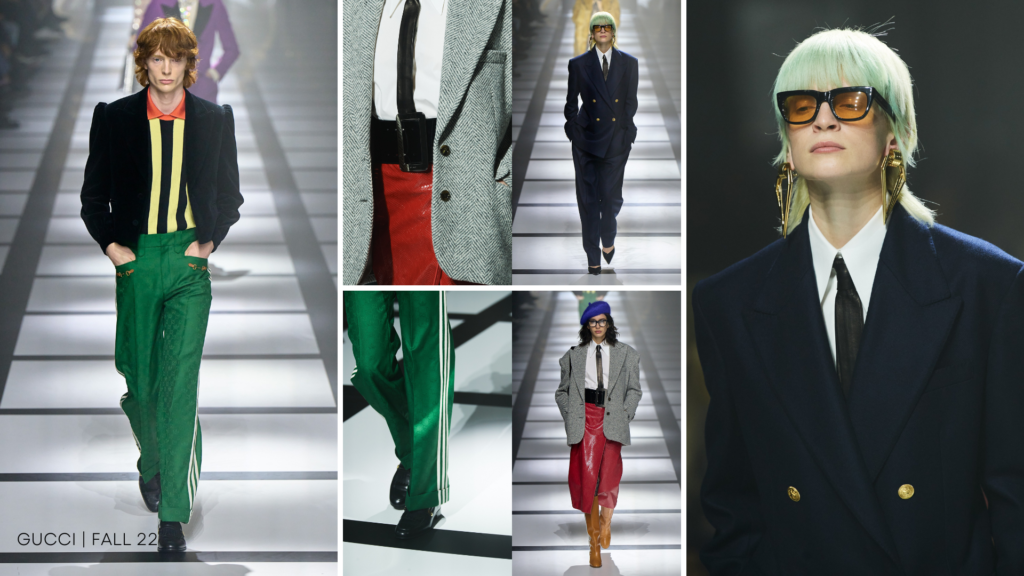 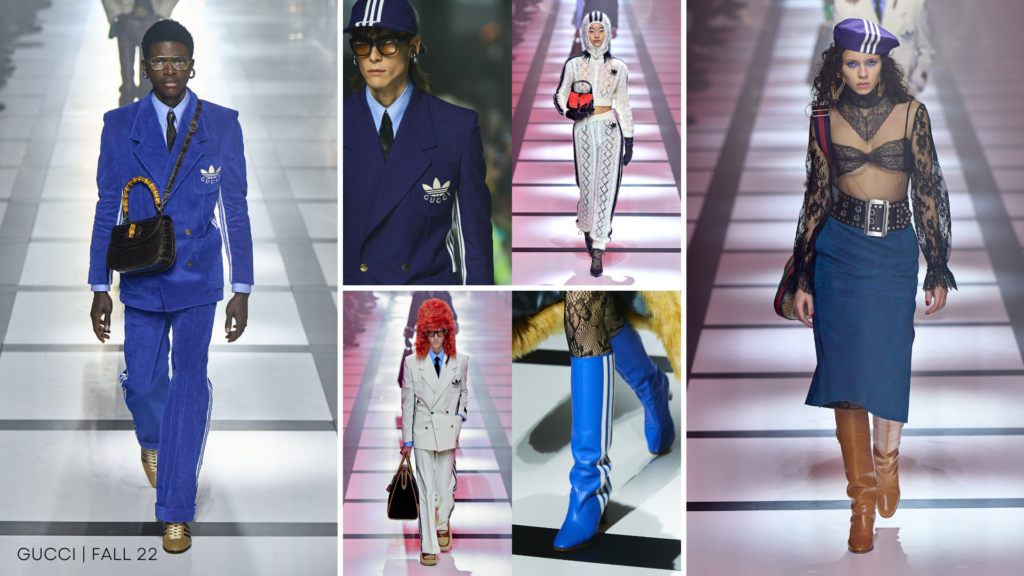 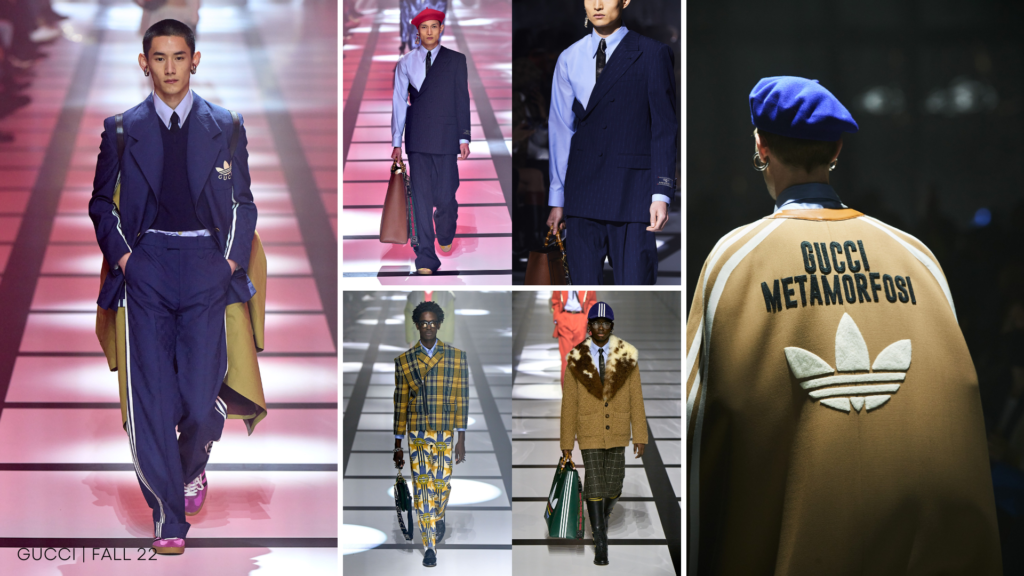 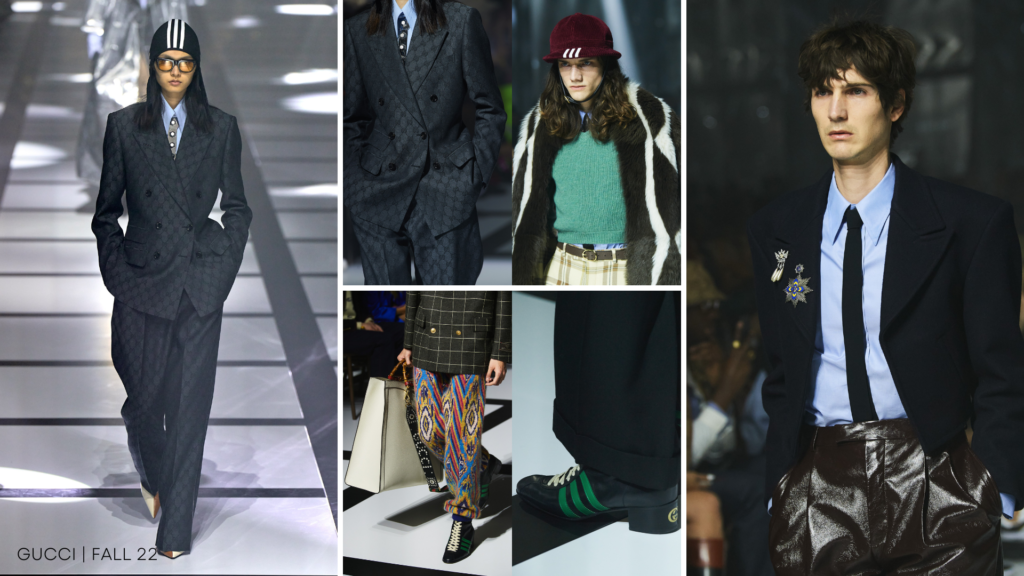 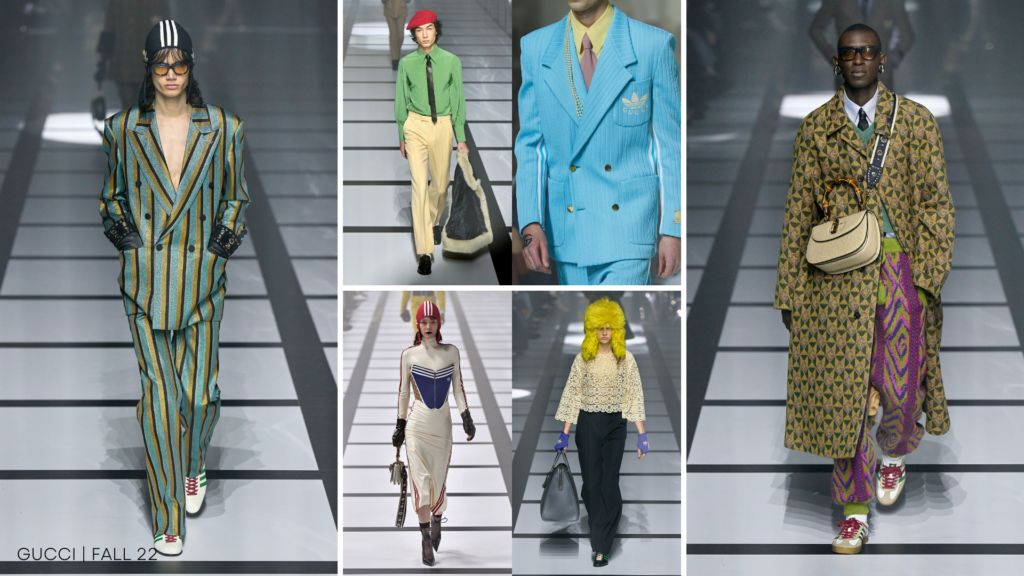 It’s been two full years since Alessandro Michele put Gucci on the runway in Milan. His homecoming was never going to be business as usual, but then Rihanna glided in, pregnant and rocking a headdress and a bare belly underneath a fur chubby. Her appearance was electrifying, and the mirrored runway multiplied the camera flashes.

In his press notes, Michele made a connection between mirrors and fashion. “Clothes are capable of reflecting our image in an expanded and transfigured dimension… wearing them means to cross a transformative threshold where we become something else.” The liminal space is what turns him on, a point he made clear in his Gucci debut circa 2015.

That collection put gender fluidity at the center of the conversation, where it remains today. In the intervening years, our definitions of masculine and feminine have loosened, though maybe not as much as we think. “Women are really interested in men’s suits,” he said beforehand. Maybe it’s time to reconsider what we call them, but either way there were all manner of men’s suits here: a navy double-breasted beauty that opened the show, a velvet tuxedo with crystal detailing, corduroy, plaids, and sequins.

The emphasis on tailoring was the show’s organizing theme, but the headline was Michele’s collaboration with Adidas. Merging sartorial tradition and sportswear codes, he added the brand’s trademark stripes to suits and merged the famous trefoil with the Gucci logo on baseball caps. There are interesting parallels between the two companies’ IP, not just the stripes (Gucci having two in red and green, and Adidas having three in white), but also the resemblance between the Adidas trefoil and the Gucci bee.

Michele mentioned being influenced by a photo of Madonna from 1993 in a dress by Laura Whitcomb, who had an early streetwear line, Label, that licensed sports brand logos. He jibed with its authenticity. Pre-Madge, fashion and fitness were different worlds. Now, collaborations are the biggest of businesses, connecting fashion to the wider culture, like celebrity does. Michele included a Guccified version of the Madonna dress in his lineup. With its deep-v neckline and ankle-length hem it was one of the few pieces that read as traditionally feminine. The others here turned cut-up elements of Adidas sweats into corset detailing like the DIY upcycling projects that proliferated on Instagram during the pandemic.

The collection took its name, Exquisite Gucci, from the Surrealist parlour game Cadavre Exquis, by which a collection of images or words were collectively assembled into a more compelling whole. Michele’s references come from all over, but together they couldn’t be anybody else but him.