As Miuccia Prada saw it, the message of her latest men’s collection was simple and obvious. “Survival,” she said backstage. “And to survive, you have to be strong.” There have been seasons when Miuccia toyed with the fragility, the ineffectuality of the modern male. Not this time, thank God. The setting was a tight little carpeted pit, almost a cage; Thunderdome with shag pile. One model sported a tasseled headband, like an extreme fighter. The clothes themselves began as emblematic Corporate Man: gray suit, matching topcoat, black oxfords. Then in crept an ever-harder edge. First, a laser-cut leather duster, almost monkish in its austerity. Next, a shoe covered with studs, presaging an avalanche of hardware on shirts, pants, jackets. Toughen up, tough it out—that’s what the leather and metal was saying.

Still, while you’re picturing studs armoring gray flannel or a banker’s striped shirt, you might wonder who, right now, would honestly want to arm erstwhile Masters of the Universe against their just desserts. But Miuccia was presumably using such menswear staples as symbols of Honest Joe Everyman. And it’s Honest Joe who is suffering. Maybe that’s why the patterns that decorated shirts evoked the thirties, another era of values-questioning social upheaval. Longtime Prada collaborator Frederic Sanchez’s aural accompaniment incorporated Anne Clark, whose visionary combination of spoken word and techno sounded like dystopia’s backing track. All in all, a stunning summation of the current jittery mood in fashion. 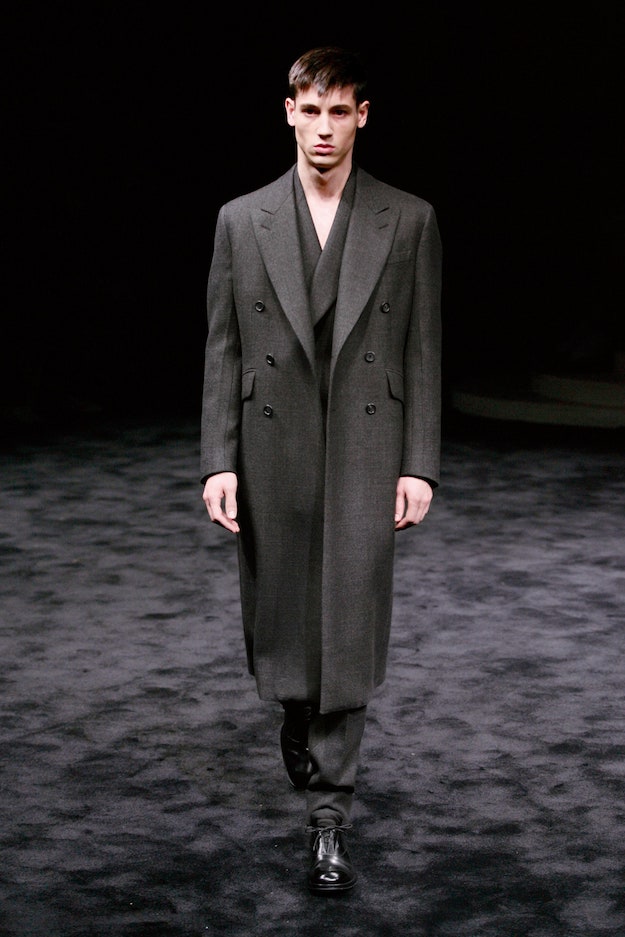 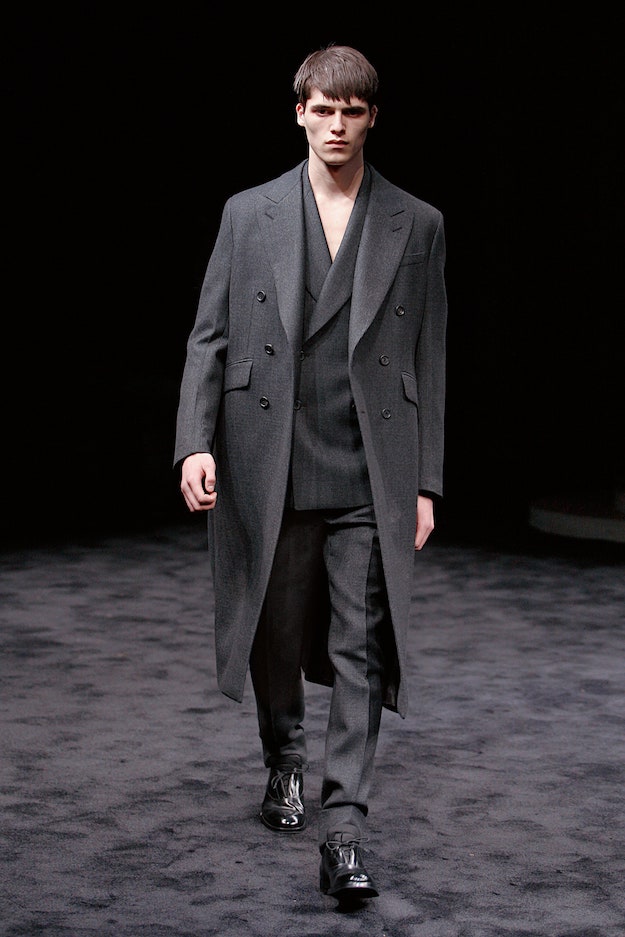 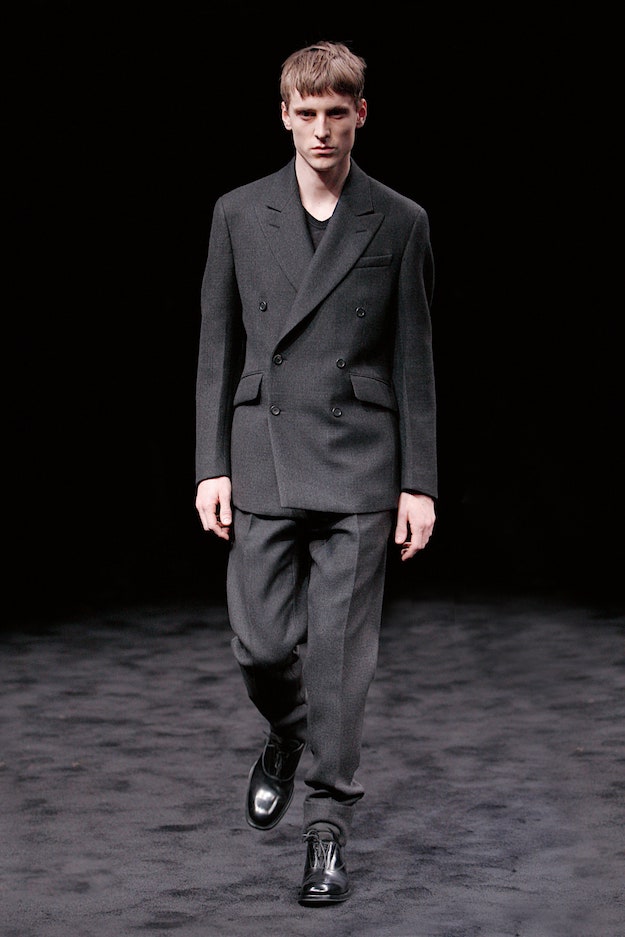 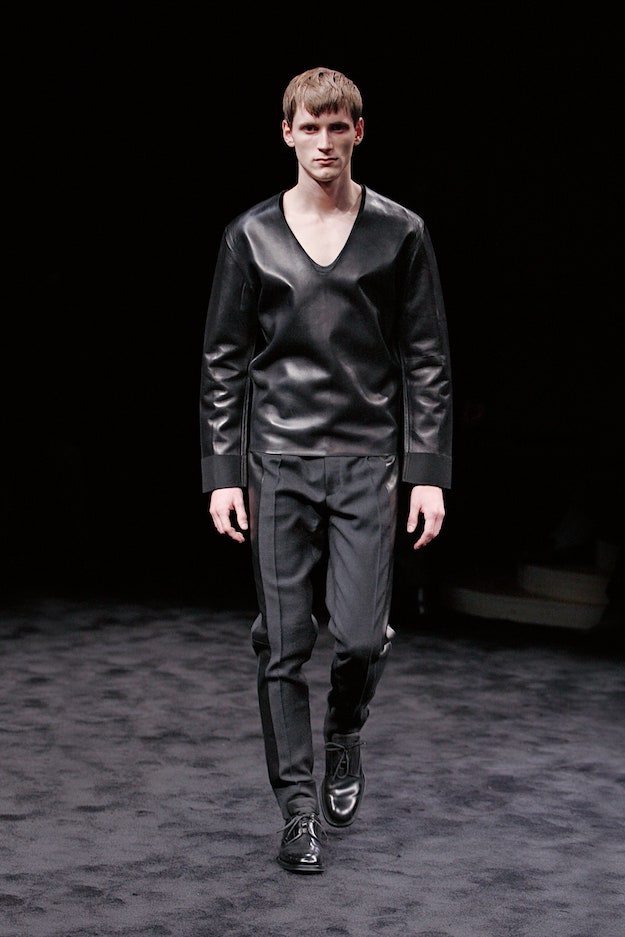 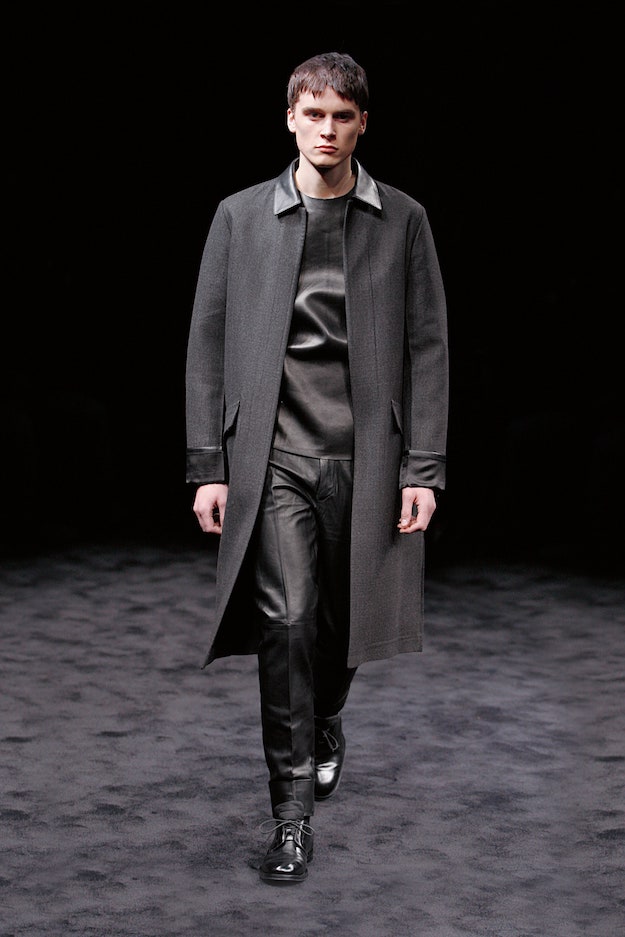 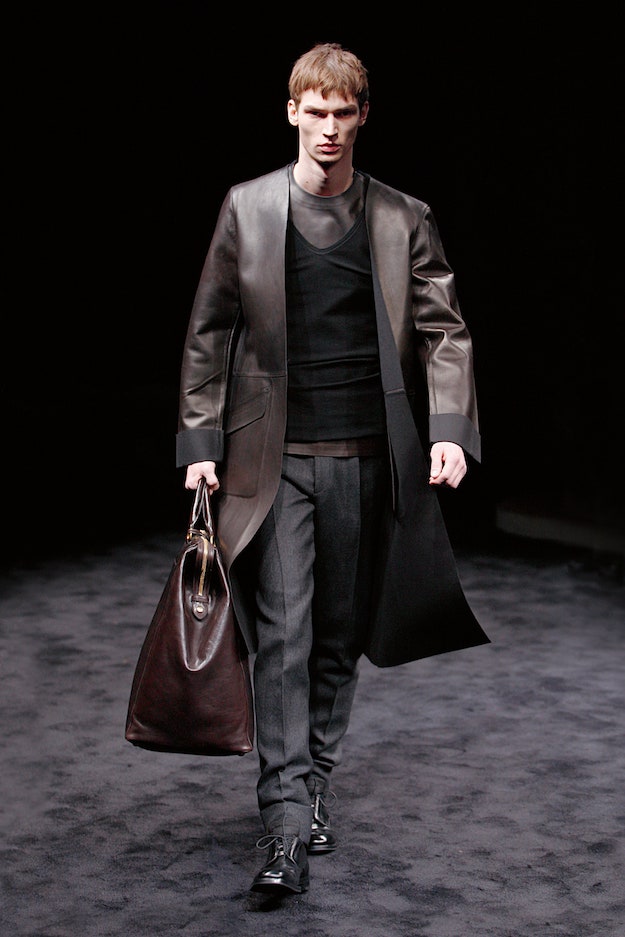 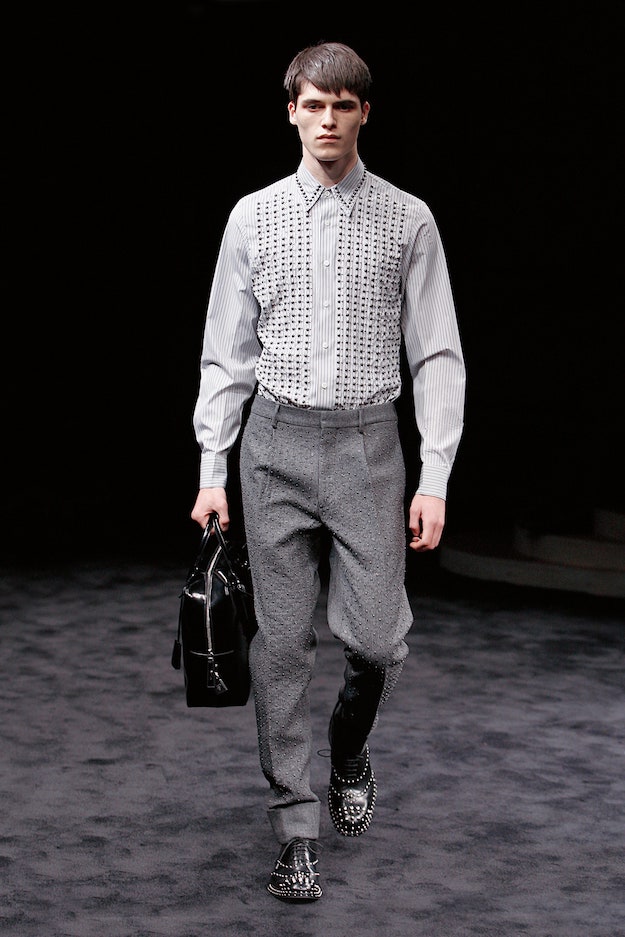 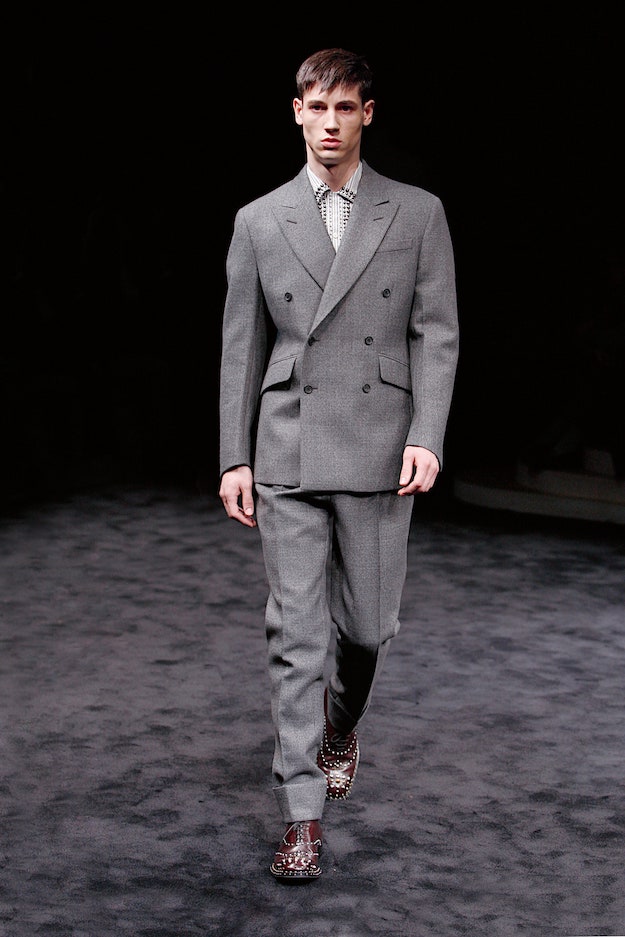 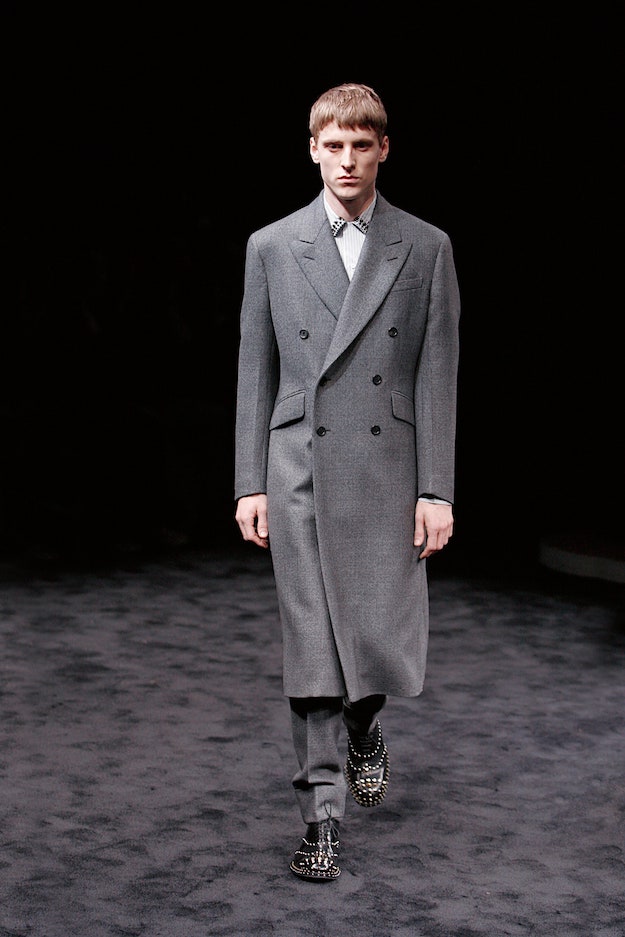 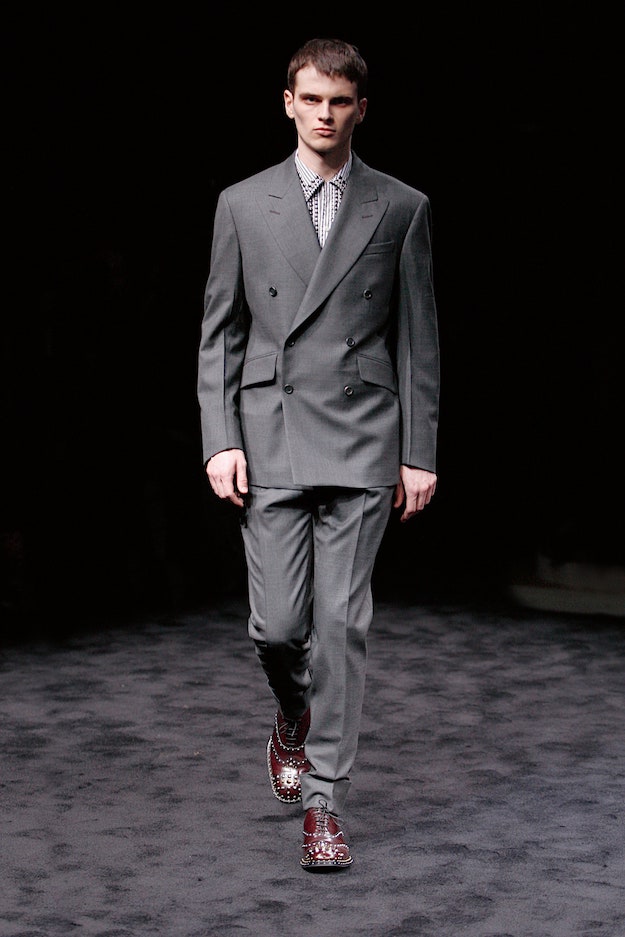 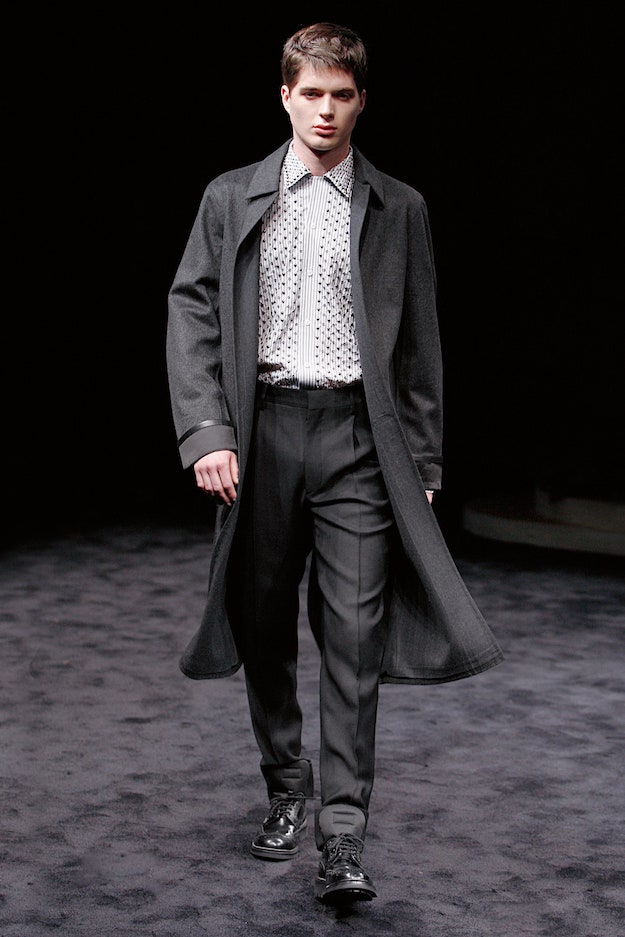 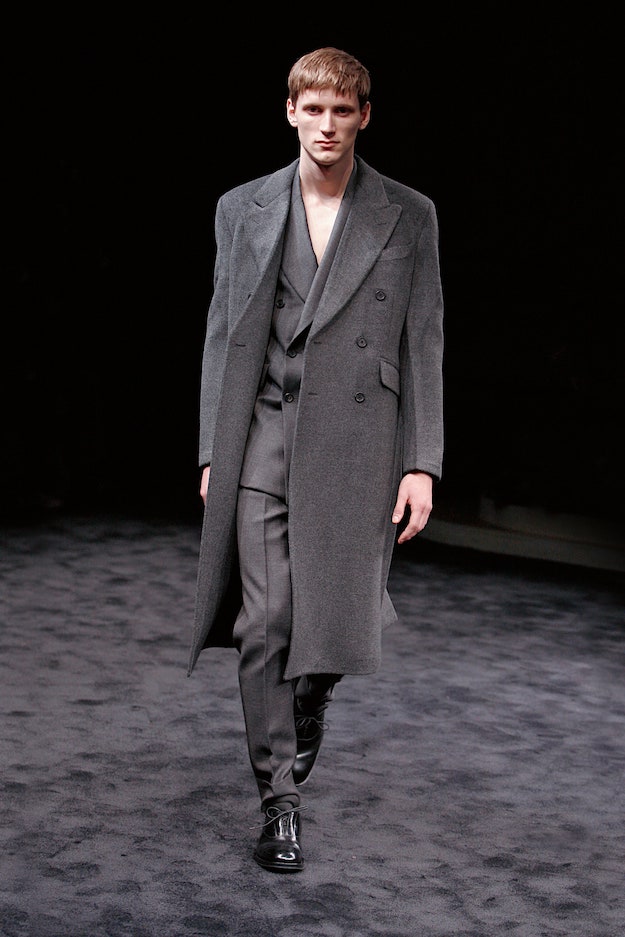 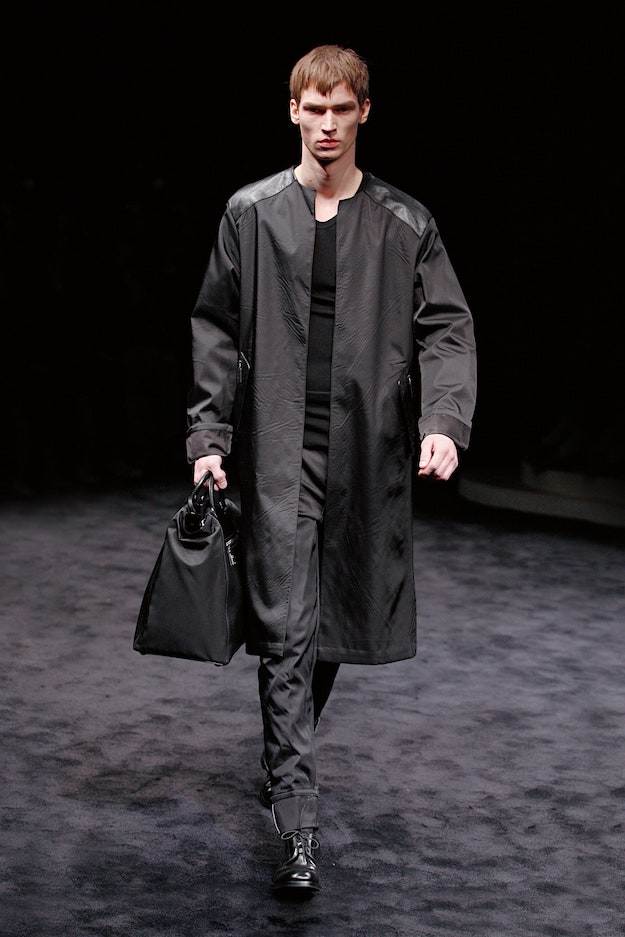 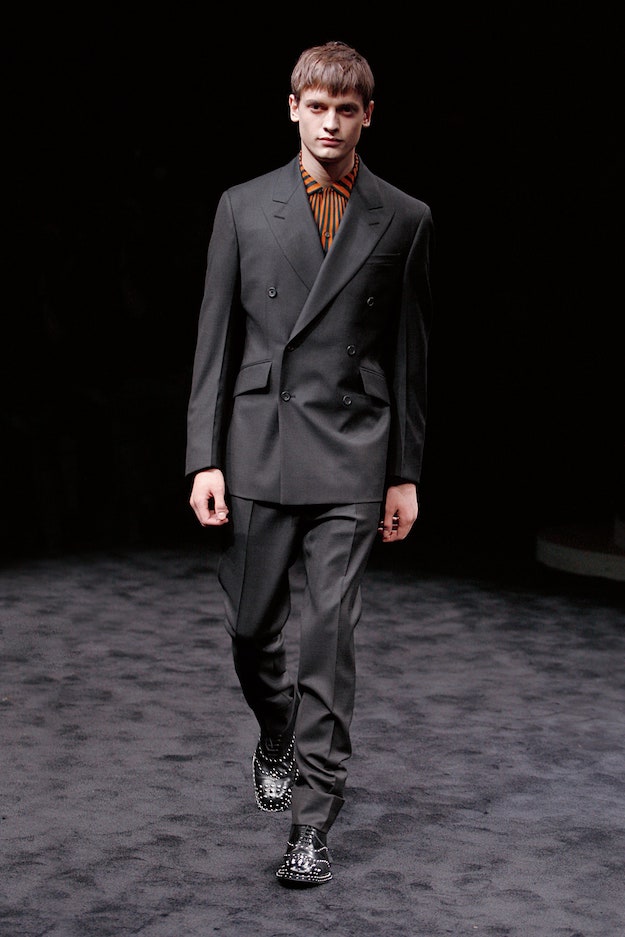 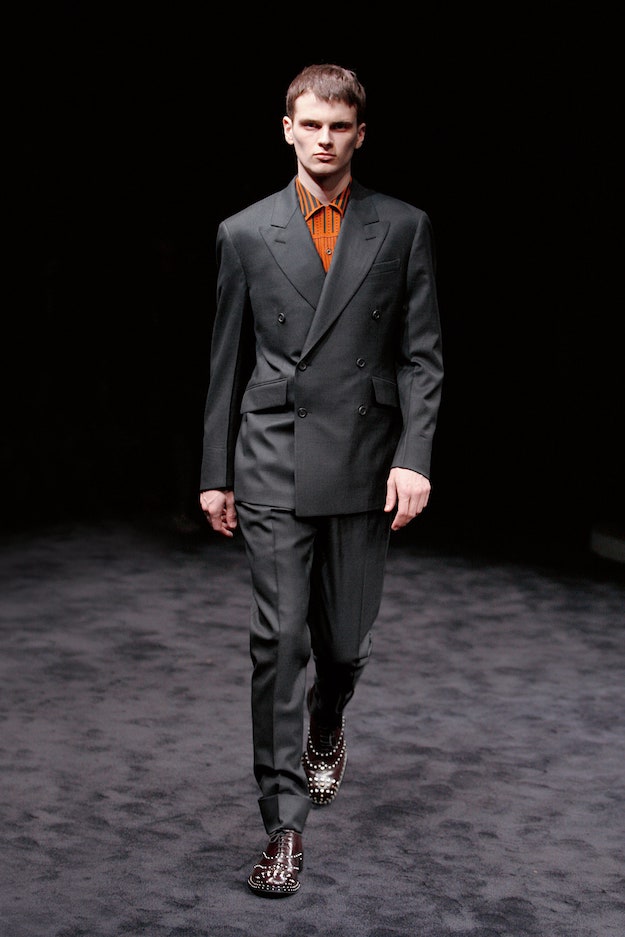 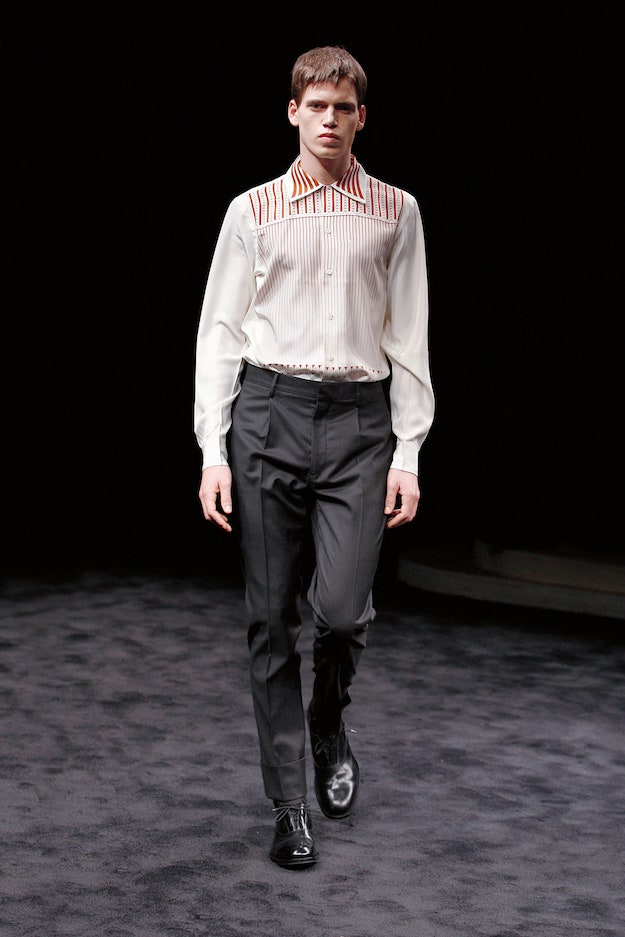 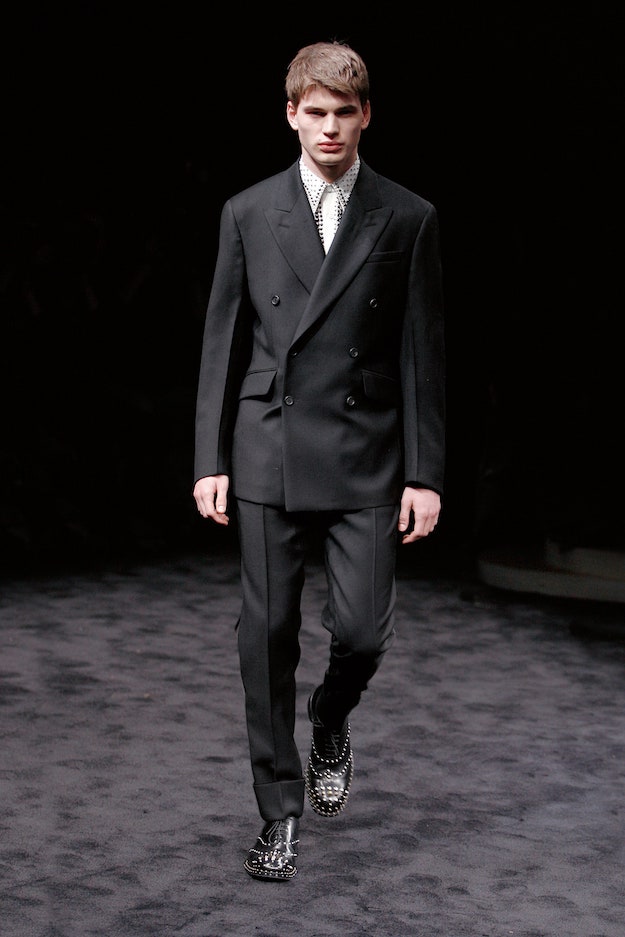 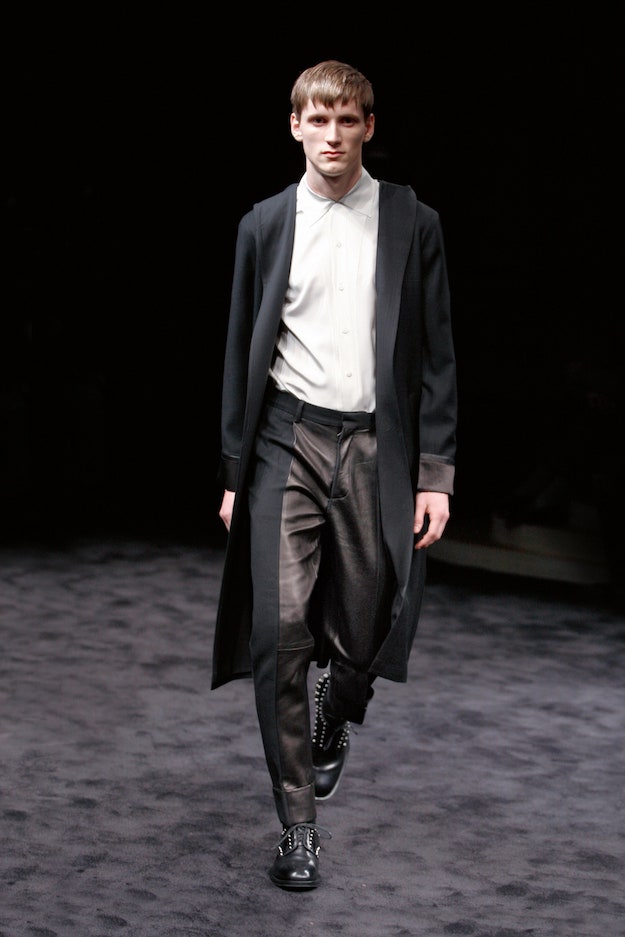 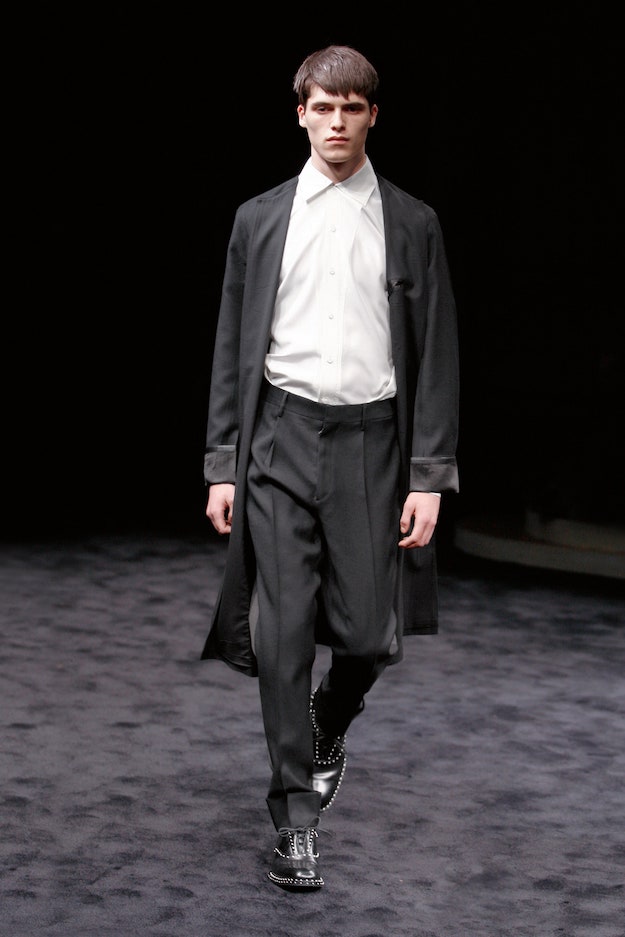 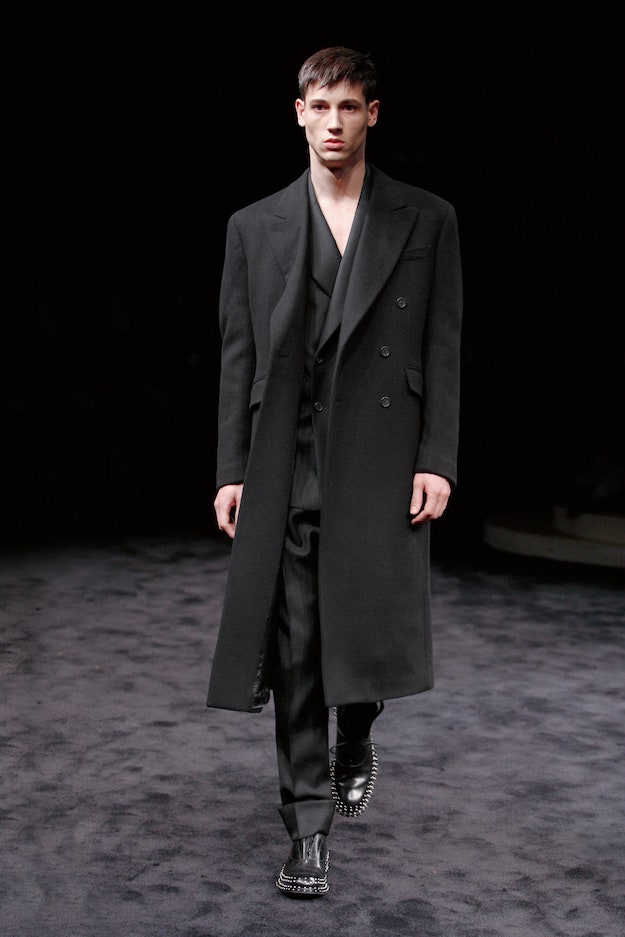