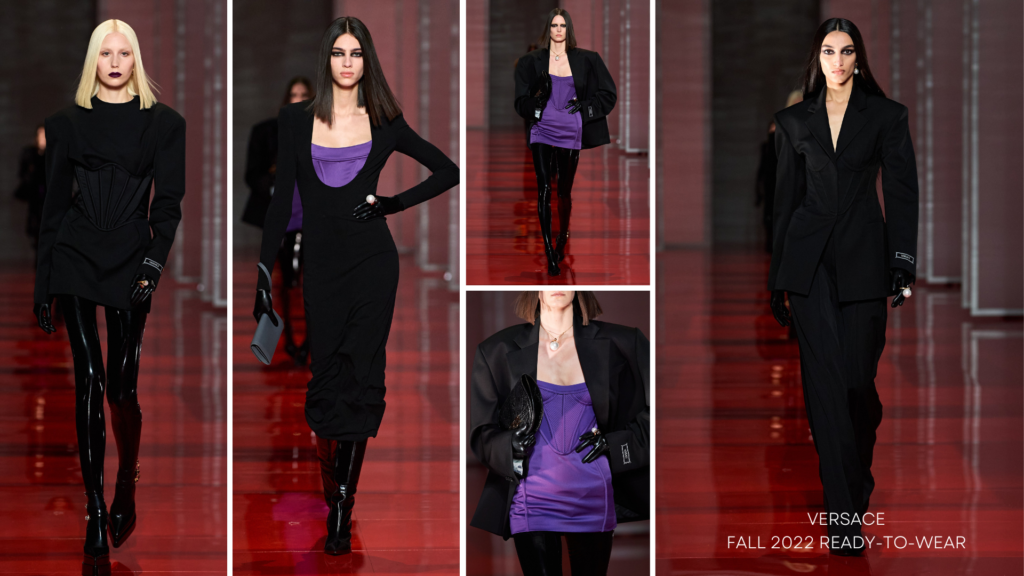 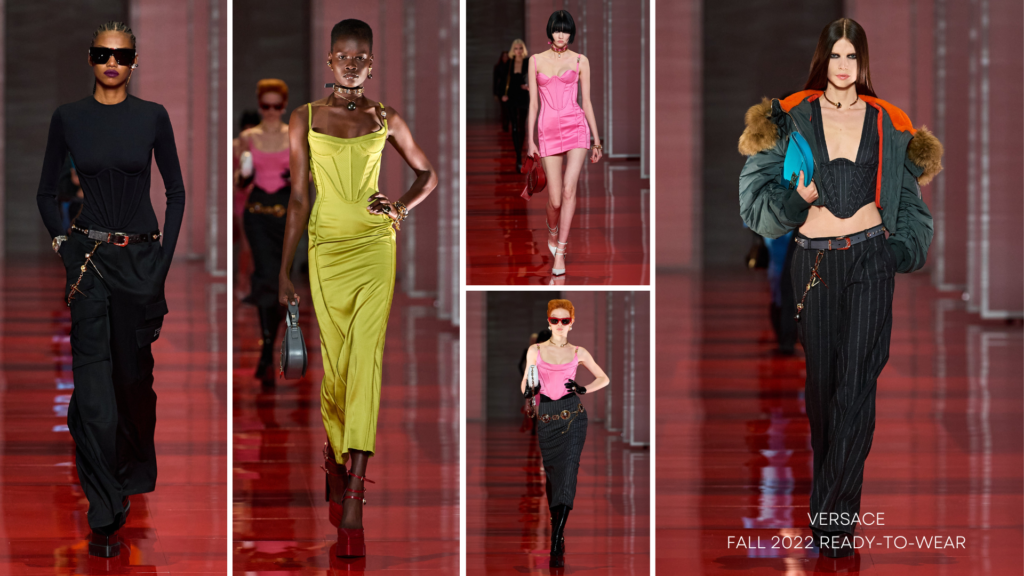 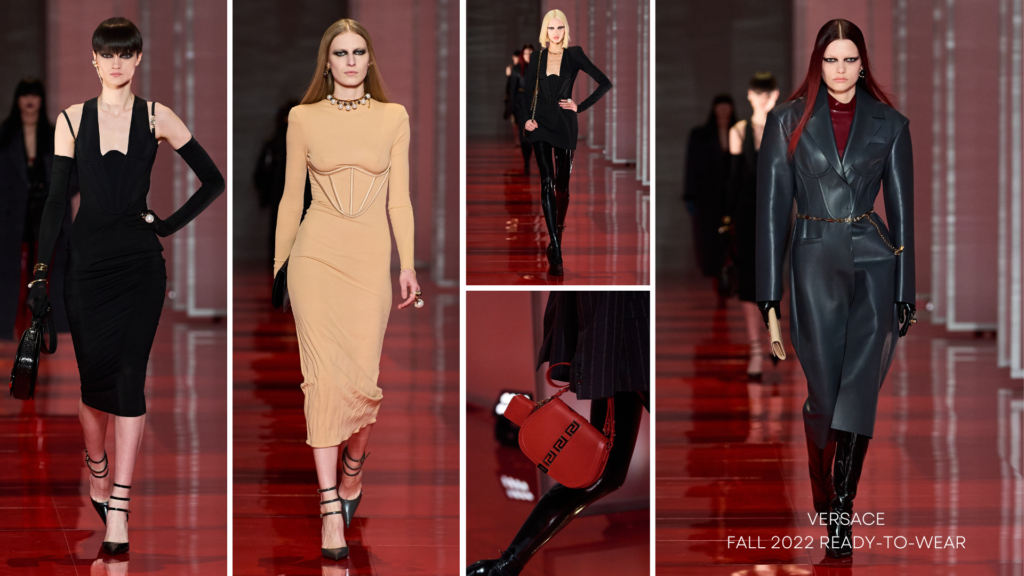 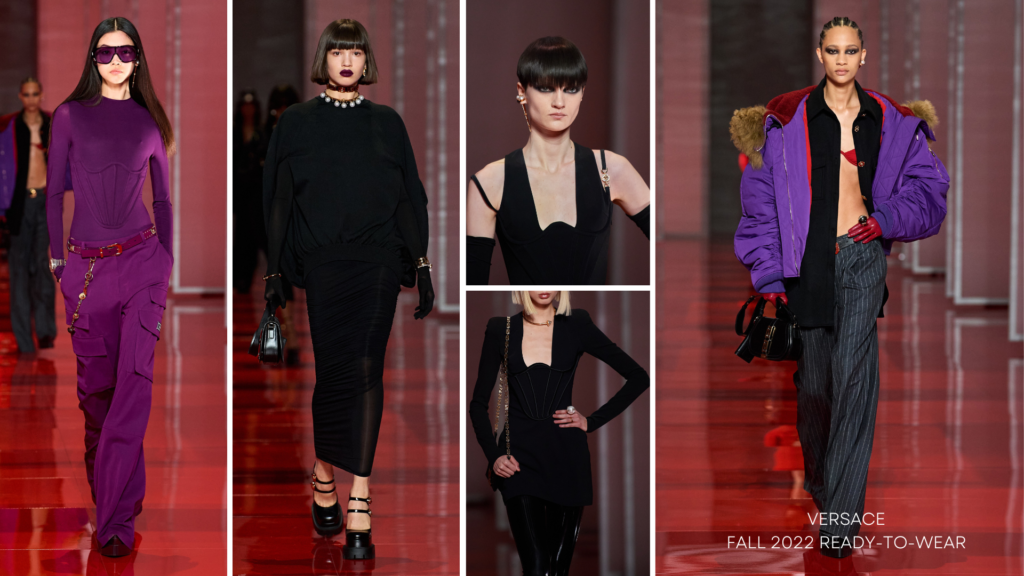 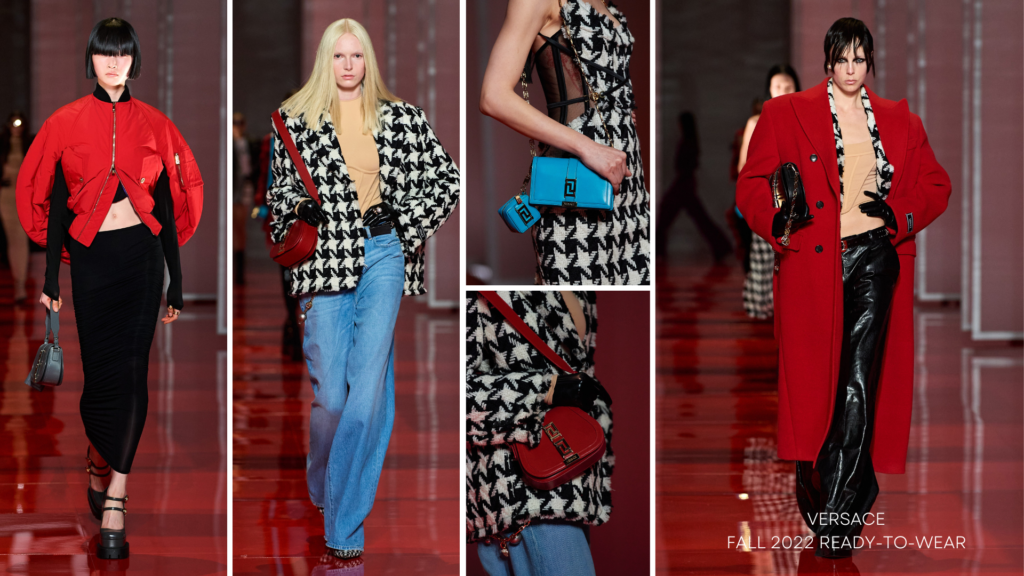 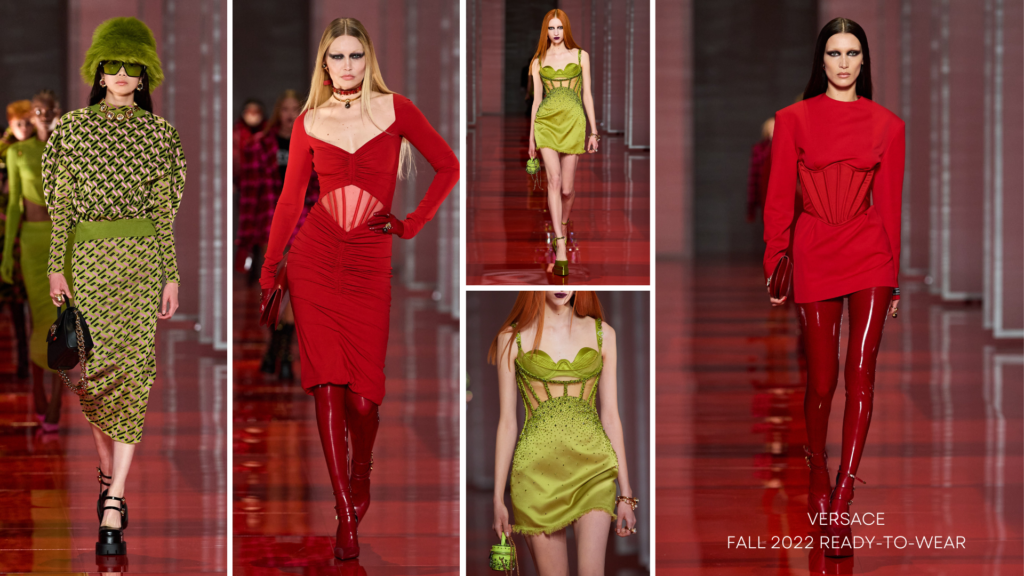 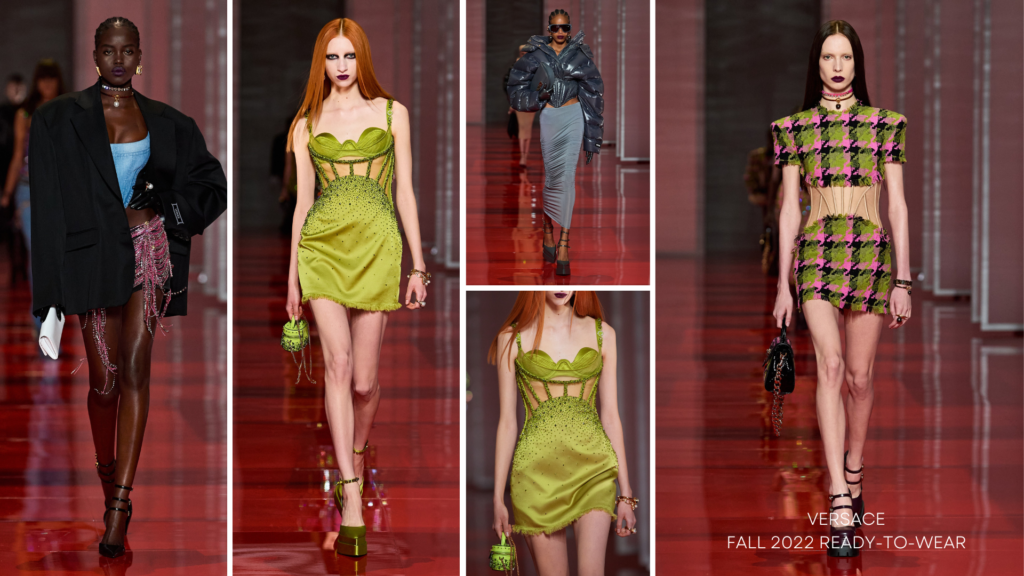 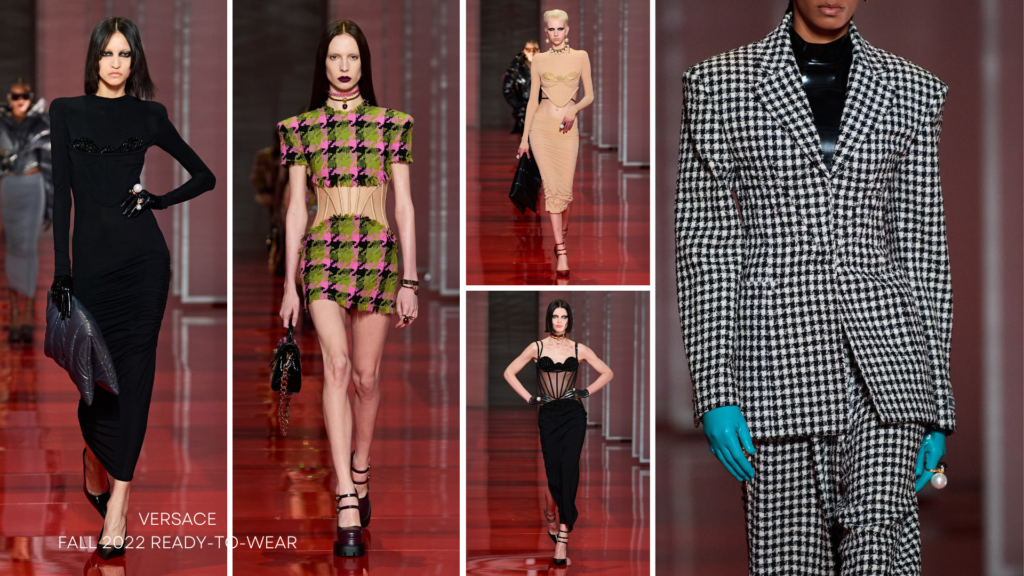 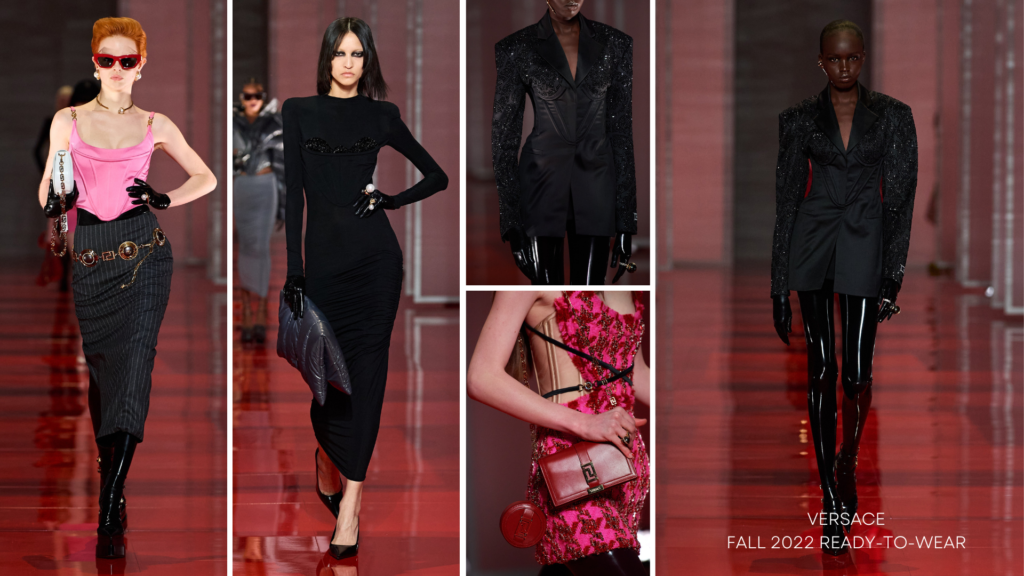 In New York we declared the suit was back, but after today in Milan it’s a lock. Donatella Versace’s new collection opened with a swaggering black pantsuit, the jacket’s midsection cinched with a boned corset that emphasized the fullness of its shoulders. Not only that, she also included a pair of satin top coats from her men’s collection, one in bright pink and the other in electric blue. That had to have been a first.

Earlier this month when she revealed her men’s, she said, “this collection introduces Versace 2.0. It represents a next step and a move forward, not focusing on the singular but on multiplicity, progression, and diversity—exactly what I see valued by the new generation.”

The flipside of this collection’s tailoring was an emphasis on corset dressing, a Versace signature if ever there were one. Corsets shaped micro dresses and ¾ length sheaths in lustrous satin, second-skin knits, and even glossy puffers. But most of the time they performed the role of layering piece under boxy jackets in blown-up checks and pied-de-poule, a fall 2022 replacement for the bra tops that young women have adopted in lieu of the T-shirts and tank tops of eras gone, Covid having loosened long-held dress codes.

Versace doesn’t miss a thing, so she’s no doubt also clocked Gen-Z’s newfound affection for the mini. Hers come in denim, raw-edge tweed, and gray flannel pinstripes. Latex leggings pull the look together, cutting the length’s potential sweetness with a potent allure. Chez Versace sex is back too, though that’s less of a surprise. The contrast invigorated her, like “an elastic band pulled tight and about to snap back with a build-up of energy,” she said. “That feeling is just irresistible to me.”